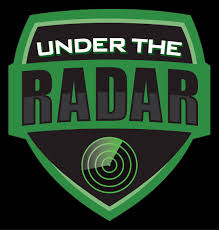 We will post some players between now and the beginning of the ’22 Season that are flying under the radar locally.

Brody Cooper ’23 QB (Dade County Wolverines) The rising Senior took over last year as the starting QB, replacing the 7AA OPOY. Exceeded expectations throwing for over 1300 yds with a 105 QBR and added 300 on the ground with 16 total TDs. HUDL

Peyton Nikolopoulus 6’0 230 G/C (Cedartown Bulldogs): You don’t have a team with 3 1000yd rushers and not have a nasty Guard that likes to pull and mix it up. Lead the team in knockdowns in ’21 and was named 1st Team All Region. HUDL

Fredi Gbadie 5’11 190 RB (Cass Colonels): Everyone knows about the QB/WR combo at Cass but this is the guy when you need to mix it up. 2nd Team All Region RB last season, in a Region that features some D1 backs. Recently squatted 500. HUDL

Cam Curtis 6’0 185 WR/DB (Calhoun Yellow Jackets): Sure handed receiver that doesn’t mind throwing a block or catching the ball across the middle. Already on a few radars. HUDL

Ryland Steen 6’1 205 RB/LB (Armuchee Indians): Kind of player coaches love. 2nd Team All Region LB and 1st team All Area as a Sophomore. Athletic genes: Grandfather played football and basketball at West Point. Look for him to play a big role on both sides of the ball in ’22.

Evan Sanders 6’5 220 WR (Adairsville Tigers): Great size with the ability to go up and get the ball. Excellent blocker. Watch his highlights HUDL

Juliuz Walton 6’1 205 TE/DE (Central Lions): 1st Team All Region DL last year in 7AAAA. Ranked as one of the best in TFL in the NWGA Area with 17. Has the ability to play LB at the next level. Watch his highlights: HUDL