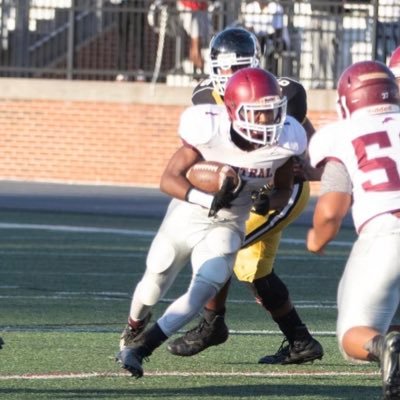 The teams in Section 3 were not huge rushing teams in ’21 and the team that was, Dade Co, will have to replace some ‘Dudes” in 2022. Here is how this group of 10 stack up at the RB spot headed into Spring.

Bremen Blue Devils: Bremen graduates a huge Senior class this Spring. The Blue Devils will be a fun team to follow this off season as they have a lot of young talented players that will get their shot to start next Fall.

Central Lions: Rising Sophomore Cameron Bolton returns for the Lions in 2022. Absolute workhorse for the Lions during his Freshman campaign with 170 carries for 849 yds and 10 TDs.

Dade Co Wolverines: The Wolverines have to replace more at the RB spot then any team in Section 3. They graduate their top 2 rushers in Cayden Cooper and Cody Williams who combined for 1688 yards and 21 TDs in ’21. Rising Senior QB Brody Cooper was 3rd on the team with 324 yds and 6 TDs and he will be looking for some help this Spring/Summer.

Dalton Catamounts: Don’t have any stats on the guy but he has really good film. Rising Senior Tyson Greenwade returns as the starter after a good Junior campaign. Dalton moves down into AAAAA in ’22 and Greenwade gives them a good change to compete for a playoff spot.

East Paulding Raiders: Talk about having to replace somone. The Raiders will be looking to fill the shoes of 4 yr starter Justin Williams who signed with the Tennessee Volunteers in December. First year Head Coach Hirschfiled will be coming in with a clean slate in the backfield.

Heritage Generals: The Generals bring back a lot of experience in the backfield in ’22. Rising Seniors QB Kaden Swope and RB Paxton McCrary combined for 1283 yards and 15 TDs for the Generals in ’21. On paper Heritage is looking like a strong contender for a home playoff game next season.

LaFayette Ramblers: Graduating Senior Jaylon Ramsey quietly put up over 1000 yards last season for the Ramblers. It looks like this off season will be a big battle for the starting RB role with several guys returning that got a handful of carries in ’21.

Paulding Co Patriots: Not much on the ground last season for the Patriots as they were predominantly a passing team but they do return their leading rusher from ’21 in Rising Junior JJ Kelley who had 289 and 3 TDs on 60 carries.

Pickens Dragons: Talk about a passing team this was it behind last years Sophomore QB Sam Streicher. The Dragons do return their Top 2 rushers from ’21 in Rising Junior Miquel Salto and Streicher who combined for 250 yds and 3 TDs on the ground.