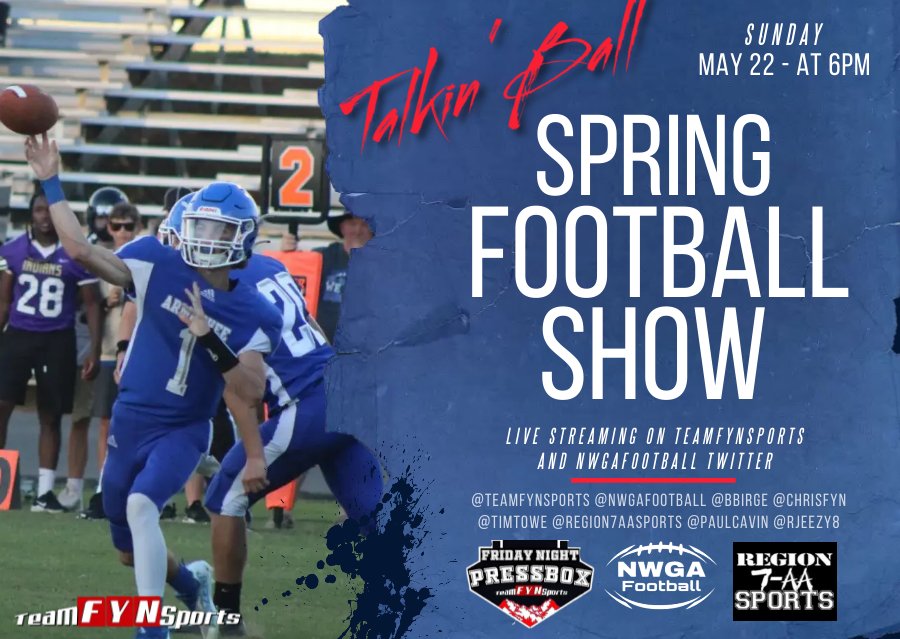 We asked our panel from the “Talking Ball” show to give us one name of a player that stood out to them this Spring. It could be an eye catching performance or a new name that emerged.

Paul Cavin: (Guest of the show and Trion Bulldog follower)

“I’m always going to go with the guy I saw in person….Toby Maddux. He’s bulked up a little from last fall, but remains quick and has good vision. Impressed me running the ball with toughness, quickness and hitting the hole….and he has good hands and made a couple catches out of the backfield. All of that with basically a brand new o line. He played quite a lot of snaps on defense at S as well.”

“QB Kace Kinnamon from Coahulla Creek. He impressed me with his feet in the pocket, his accuracy, and he possesses the leadership u need to take a team to the next level.”

“ Scored an 11-yd touchdown run and a 2-point conversion. Ran hard on offense. Was all over the place on defense as well getting in on a few tackles. Displayed good leadership as well as a rising senior.”

“He is a very versatile athlete that can make big contributions to the Mountaineers this season.”

“Gatlin because his football IQ goes hand in hand with his sheer strength and size. He was in total control of his body every rep and also knew exactly where to be.”

“Skyler because of his athleticism and his age. You don’t see many sophomores that are able to make the most of their reps like he was. He wasn’t afraid to take a lick when catching a ball across the middle, and also wasn’t afraid to lay the stick when playing DB.”

“ The 6’3 RB/LB was a name unknown to me. He had a good game on both sides of the ball. Scored on a 30yd run and had a long TD reception (called back on a penalty). Aggressive on defense with several TFLs”